The MARPOL legislation on bunker fuel for 2020 requires that sulfur emissions can be no higher than 0.5 wt% of the fuel used. Within these parameters, methanol is emerging as an alternative to bunker fuel because it’s clean and contains no sulfur or NOx and is soot-free.

The road less travelled
Methanol is attractive because it can be used for a variety of applications as seen below. It gives refineries an opportunity to diversify their portfolio of higher value products. Refineries may want to consider the methanol production route if they are seeking a strategic drive into chemicals to escape the commoditization of product segments such as diesel, jet and gasoline. 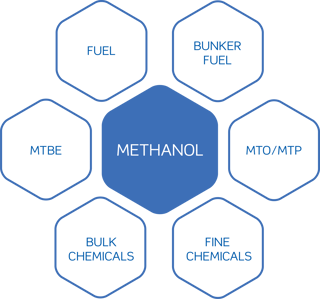 Following a trend
The global trend towards greater use of green power may accelerate a move towards methanol. After all, a methanol platform meets several needs and bunker fuel is a potential source for large quantities.

Methanol is a viable alternative to conventional chemicals, including PP, PE and various aromatic intermediates. The diversity of downstream products can make this scenario compelling in the future.

To find out how you can benefit from this tailored approach, our design and engineering team can explore the feasibility of methanol production for your company by conducting a study that can form the basis for your decisions. Study topics include:

That input helps us to define what we need to aim for when developing methanol production concepts and designs. And it means that customers cannot only adopt leading-edge solutions from a highly experienced specialist in methanol, but they also receive a solution that is tailored to achieve their strategic goals. 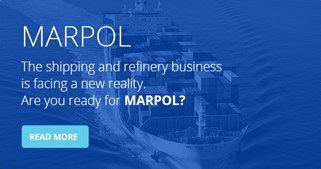 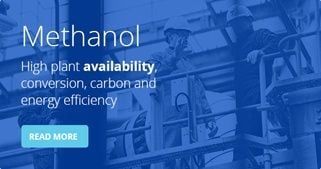 A cost effective way to convert sulfur compounds from oils

Refiners can make a sweet deal from sour fuel gas