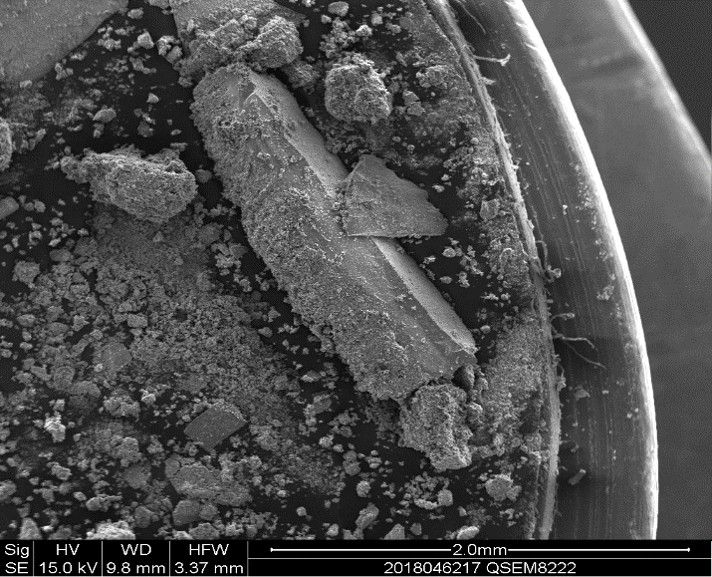 Image: Opportunity crudes with millimeter sized scales like these can cause costly inefficiencies if thye are not handled right.

Processing renewable feedstocks and opportunity crudes can provide good commercial opportunities – or lead to significant revenue loss because of shorter cycle lengths and unplanned shutdowns. To stay clear of the risks and reap the benefits, refiners must arm themselves with the best grading solutions out there. 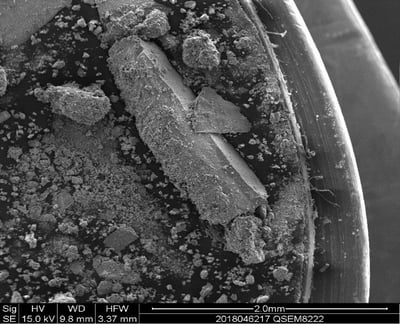 Efficient grading catalysts and technology have never been more important. Renewable feedstocks and increasingly sour opportunity crudes are playing dirty tricks on refiners’ revenues, because they contain corrosion scales, rust, fines, and inorganic matter that foul the catalyst load and cause excessive pressure drop in the reactor. So to keep their catalysts clean and effective, refineries need more than a great solution, they need the best solutions out there.

Already when Topsoe introduced the whole idea of active catalyst grading in 1979, it revolutionized hydroprocessing reactor operations. Today – 6,000 Topsoe grading charges later – we are able to draw on a wealth of comparative, long-term data in order to optimize each customer’s capabilities. Based on this deep insight and excellent products, Topsoe offers customers outstanding grading solutions that boost profitability.

Catalyst fouling is costly
In one case, a hydrotreating unit (27,000 barrels per day) operated for 470 days before pressure drop began to build up at an exponential rate. In response, the refinery chose to reduce the feed rate and was able to keep the reactor running for an additional 73 days before the inevitable shutdown. In this timespan, they incurred a production loss of 386,000 barrels or 2.3 million euro.

A common ‘fix’ when pressure builds up in the unit (and in plant management) is to skim the catalyst load. This includes closing down the reactor, vacuuming the fouled catalyst, adding some fresh catalyst, and restarting the unit. Skimming does not solve the fundamental problem of fouled catalyst. It only buys additional cycle time before the next full reactor shutdown – and less and less after each additional skim.

Topsoe documentation shows that direct costs and the production loss from a single seven-day skimming operation in a naphtha hydrotreating unit (15,000 barrels per day) costs approximately 910,000 euro. And that’s a conservative estimate. It is not unusual that skimming is carried out as many as five times over a five-year cycle of a naphtha reactor.

So it is definitely worthwhile to consider more efficient ways to cope with corrosion scales, rust, fines, and inorganic matter that foul the catalyst load and cause excessive pressure drop in the reactor.

Specialist grading cleans up the mess

“One size fits all” or “best guess” approaches simply cannot provide the refiner with a grading solution that ensures effective protection of the active main bed catalyst.

A wide range of specialist graded bed catalysts can be applied to handle the many different contaminants and foulants, each of which functions with its own unique chemistry. A further benefit can be obtained when the grading catalysts are combined with the latest specialist grading technology and scale catcher configurations.

If these preventive measures are implemented in the most effective way, refiners can maximize cycle length and eliminate the need for costly emergency intervention such as skimming. With pressure drop under control, a refinery can often increase cycle length by as much as 300%. This is a financial game changer.

Full palette of solutions
As one of the world’s leading companies in the catalysis field, Topsoe is able to provide a full spectrum of grading solutions. The starting point is to deliver technology-agnostic, R&D-backed guidance on how to deal with corrosion and contaminants in a refinery’s particular feedstocks in the best possible way.

Typically, the optimal solution involves both grading catalysts and technology.

Topsoe provides a wide range of specialist grading products specifically configured to help refineries deal with reactor fouling problems caused by solid contaminants (such as corrosion products, coke fines and salts) as well as reactions products formed inside the reactor (such as polymers, iron sulfide or crusts on the catalyst).

One of the key Topsoe products for pressure drop control is the TK-26 TopTrap™ macroporous particulate trap. Larger inorganic contaminants deposit in the spaces between the traps; smaller materials are caught within the pores of the trap.

TK-26 TopTrap™ is often used in combination with other special guards, such as the Topsoe SiliconTrap series. Several SiliconTrap™ catalysts are available to allow for an optimal design of the graded catalyst system.

In some cases, the amount of contaminants is so high, that the ideal grading solution takes more than catalysts. In such cases, the best solution is usually to install a scale catcher to prevent premature plugging of the catalyst bed. The scale catcher is a piece of equipment that is installed on top of the grading bed.

Topsoe scale catchers are a well-documented success in hydroprocessing reactors worldwide. They put any unused space in the top of the reactor to effective use by collecting virtually any kind of solid particles before they reach the grading catalysts. This can reduce the volume of top grading material needed – and in turn increase the volume available for active catalysts and thus the performance of the reactor.

Topsoe provides scale catcher solutions for both liquid and gas phase operation. The designs are uncomplicated, easy to maintain, and easy to clean.

Shifting the benchmarks
40 years of grading experience and a unique insight in catalytic processes in hydroprocessing makes a difference. Topsoe has the resources and know-how to supply refineries with optimal grading solutions. By merging the best features of catalysts, technology and hardware into innovative solutions, we shift the benchmarks for efficient prevention of reactor catalyst fouling and contamination. And enable refineries to reap the full benefits of challenging crudes. 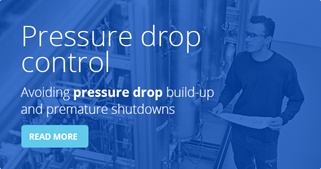 Greenergy has announced that they will invest in Front End Engineering Design (FEED) of a project to produce low-carbon transportation fuels from waste tires. In the first...
2 min read

Green Fuel and Haldor Topsoe have signed a Memorandum of Understanding (MOU), which will see the companies partnering to identify efficient and scalable technologies for the...
4 min read