Topsoe, IFU, and DAF have signed a shareholder agreement with promoter companies National Fertilizers Limited (NFL), Engineers India Limited (EIL), Fertilizer Corporation of India Limited (FCIL), the natural gas processing and distribution company Gail (India) Limited (GAIL), and the State of Telangana. The partners have agreed on a shared investment in the Ramagundam fertilizer plant, which is scheduled to begin operation in the second quarter of 2019 as the first of the revival projects.

“We see Topsoe and IFU’s investment as a very important aspect of the financial closure and as a sign of their confidence in the project management team and fundamental parameters of the venture. It brings about a tangible support from Topsoe in terms of future operational efficiencies, optimal energy efficiency, and back-end support from the world’s leading ammonia technology supplier. In addition, we expect that the international experts from Topsoe and IFU on the Board of Directors of RFCL will pave the path for good corporate governance as well as technical vision for our future direction,” says Mr. V. K. Malhotra, CEO, Ramagundam fertilizer. 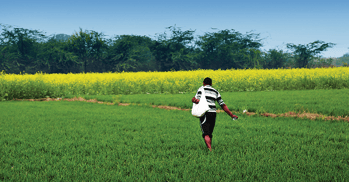 Topsoe’s uninterrupted dedication to the Indian fertilizer industry for more than five decades has made the company the largest supplier of process and catalyst solutions in the Indian market.

“Topsoe has a long-standing presence in India where our world-leading ammonia technologies have been instrumental in building a domestic fertilizer industry. Today, we are proud to expand our engagement in the revival process by becoming an active investor in the Ramagundam plant together with our extremely competent Indian and Danish partners. This is yet another important step in the Indian government’s efforts towards self-sufficiency in urea production and as a consequence: food security,” says Amy Hebert, Executive Vice President and Deputy CEO, Topsoe.

The Indian fertilizer sector consists mainly of publicly owned companies, and foreign direct investment in the sector is not customary. However, Topsoe is now a member of the group of owners of the Ramagun-dam plant because of the important role of Topsoe’s ammonia technologies and catalysts in the plant. Topsoe and its Danish partners will have a seat in the Board of Directors of the Ramagundam plant and will take an active role to secure long-term success. 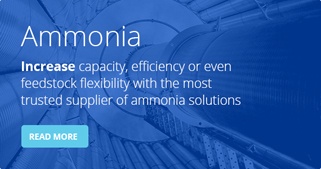