Catalytic dewaxing is a process that ensures that oil products like diesel are liquid at the specific temperature ranges in which they are to be used in order to meet the cold flow requirements essential for the commercial success. 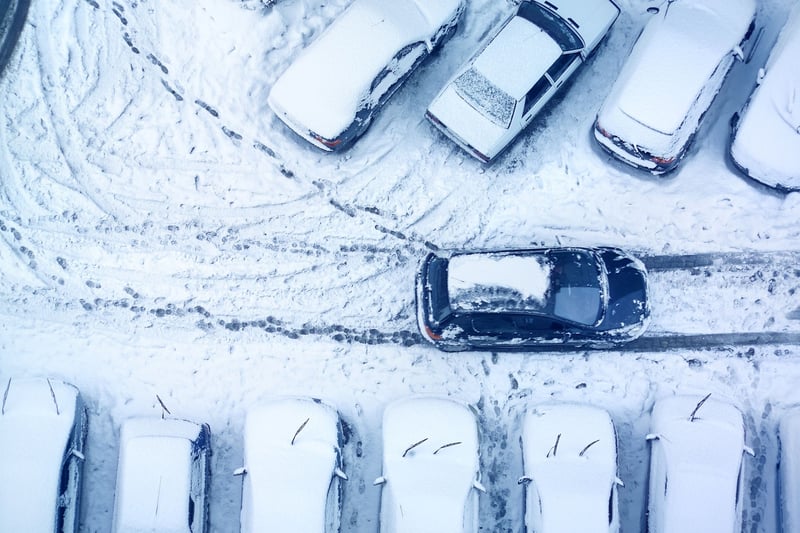 Refiners have long been able to do this in new hydrotreating units or by revamping the existing ones but it’s an expensive undertaking. It also hasn’t been really feasible for refiners to use a dewaxing catalyst in their existing hydrotreating units.

That’s because conventional dewaxing catalysts, which are essential for such processes, have a strong tendency towards cracking rather than isomerization. As a result, some of the extra output just ends up as fractions with a lower boiling point, such as naphtha and liquid petroleum gas, rather than high-value diesel.

That has now changed thanks to new-generation catalysts like TK-930 D-wax™ that can be used as a drop-in dewaxing solution for improving cold flow properties in most of the existing hydrotreating units. 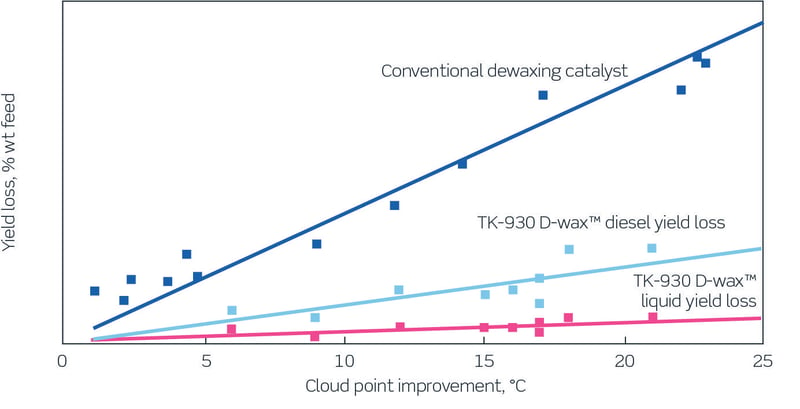 TK-930 D-wax™ is highly isomerization selective and provides much lower diesel yield loss than conventional dewaxing catalysts which have a significant cracking activity.

All diesel contains a certain amount of wax components (n-paraffins). They’re usually considered an important constituent because of their high cetane value.

Any such wax in the fuel is normally liquid but when diesel gets cold, the wax molecules begin to crystallize. And when the temperature gets even lower, there will often be enough wax crystals to block fuel filters and lines and the engines will simply stop running. This is particularly a problem in colder climates. Dewaxing is also essential in producing renewable diesel from biomaterials that contain fatty acids, as these will contain substantial quantities of waxy n-paraffins after hydrotreating, and can sometimes remain solid even at +20 °C.

There’s a range of well-known ways of dealing with the undesirable wax components but in most cases they aren’t very economical:

Despite the drawbacks, refiners have been using these costly method because of the shortcomings of conventional dewaxing options.

Dewaxing by cracking or isomerization?

Conventional dewaxing catalysts are designed to improve the cold flow properties by shortening the chain lengths of the paraffins, either by pure cracking of the n-paraffins or by a combination of cracking and isomerization of both n- and iso-paraffins. Because of the conventional dewaxing catalysts’ significant cracking functionality, part of the processed hydrocarbons ends up as fractions that have lower boiling points. This is what gives the yield loss and performance problems in winter conditions.

Dewaxing by isomerization, on the other hand, ensures that the number of carbon atoms in the hydrocarbon chains remains the same during the reaction process taking place inside the hydrotreating unit although they are positioned differently.

Catalytic dewaxing can be carried out in two ways: by cracking the long n-paraffins into shorter ones or by isomerization.

TK-930 D-Wax™ is based on a zeolite structure featuring selected base metals that are not sensitive to the sulfur, nitrogen, hydrogen sulfide, and ammonia present in a sour operating environment. In fact, the base metals used in this catalyst ensure exceptional hydrogenation activity in such conditions supporting hydrodesulfurization, hydrodenitrogenation and hydrodearomatization reactions. Furthermore, the zeolite structure acts as a molecular sieve that only allows certain reactant molecules (the long n-paraffins) to pass through and take part in the isomerization process.

Want to know more? Contact our expert using the contact form or meet us at the upcoming ERTC conference. 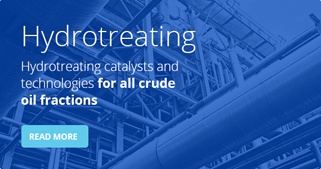