TechnipFMC has awarded Topsoe a contract for license and basic engineering for two gas-based ammonia plants for Hindustan Urvarak and Rasayan Ltd. (HURL). The two fertilizer complexes in Sindri and Barauni will each comprise 2,200 MTPD ammonia and 3,850 MTPD urea plants and will be realized by TechnipFMC, France, along with their consortium partners L&T Hydrocarbon Engineering, India. 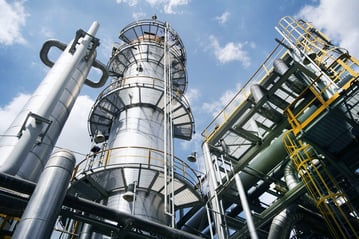 "We need the best available technologies to fulfill our vision of growth, efficiency, and national self-sufficiency. Technip has offered Topsoe’s ammonia technology which is considered one of the best technologies in the market and therefore, we are looking forward to a urea/ammonia plant which shall turn out to be one of the most energy-efficient, having reliable and safe operations,” said Mr. Arun Kumar Gupta, Managing Director, HURL.

He continues: “The HURL projects at Sindri and Barauni not only show the commitment and support of the Indian Government, NITI Aayog (National Institution for Transforming India), the Department of Fertilizer under the Indian Ministry of Chemicals and Fertilizers, but also the three promoter companies, all well-known in the area of mega-project management.”

“We are extremely pleased to be able to continue our long-standing support of the Indian Government’s efforts towards self-sufficiency in urea production and as a consequence: food security. Our world-leading ammonia technology and catalysts are the basis for three out of the four fertilizer plant revival projects in India right now,” says Amy Hebert, Executive Vice President and Deputy CEO, Topsoe.

The two new plants are part of the Indian government’s revival plans for the fertilizer sector to ensure Indian self-sufficiency in urea fertilizers. In 2015, Topsoe was awarded the ammonia technology license, basic engineering, technology, and catalysts for an ammonia plant for the Ramagundam Fertilizer Project. This 2,200 MTPD ammonia plant is also a revival project scheduled to begin operation in the fourth quarter of 2018.

Worldwide, Topsoe is the leading licensor of ammonia process technology with a market share of close to 50% of all new ammonia capacity contracted since 1990.

Haldor Topsoe is the world leader in high-performance catalysts and proprietary technologies for the chemical and refining industries. Based on cutting-edge research and development, we help our customers achieve optimal performance in all phases from design to daily operations – in the most responsible way. Topsoe is headquartered in Denmark and serves customers across the globe. In 2017, our revenue was approximately 760 million US dollars, and we employ some 2,300 employees. www.topsoe.com