The hydrogen plant is slated to begin operation in the second quarter of 2020, and basic engineering has already begun. Topsoe delivers all equipment, including pressure swing adsorption and water treatment units, as well as training of NOVATEK’s operators. The preassembled skid-mounted HTCR unit support tight construction deadlines because it can be installed at the site much faster than traditional top-fired designs.

“It is a top priority for our company to bring down construction time with no compromise on technological excellence. Topsoe’s HTCR hydrogen plant met our demands because is exceptionally compact, highly efficient, and industrially proven. In addition, the modular design brings down installation time and cost considerably. Also, HTCR met our demand for minimal water consumption,” says Mr. A.V. Panov, First Deputy General Director and Chief Engineer, LLC NOVATEK – Ust-Luga.

The proprietary HTCR technology is industrially proven in many plants in the range 5,000-50,000 Nm3/hour hydrogen around the world. It can be applied as a grassroots hydrogen supply or an add-on unit in parallel to an existing plant. In Russia, UCC Shchekinoazot, AO Kuibyshev Refinery, TANECO Refinery, and Antipinsky Refinery are among the companies operating Topsoe HTCR hydrogen plants.

Many refineries demand more hydrogen to help better utilization of oil fractions and compliance with stricter regulations. Other applications for medium-sized hydrogen plants based on HTCR include specialty chemicals and the metallurgical industry.

When the hydrocracking complex is completed, LLC NOVATEK – Ust-Luga will increase production of kerosene, diesel, and naphtha due to deep conversion of atmospheric residue after distillation of stable gas condensate.

LLC NOVATEK – Ust-Luga is subsidiary of PAO NOVATEK, one of the largest independent natural gas producers in Russia, and in 2017, entered the global gas market by successfully launching the Yamal LNG project. Founded in 1994, the Company is engaged in the exploration, production, processing and marketing of natural gas and liquid hydrocarbons. The Company’s upstream activities are concentrated mainly in the prolific Yamal-Nenets Autonomous Region, which is the world’s largest natural gas producing area and accounts for approximately 80% of Russia’s natural gas production and approximately 15% of the world’s gas production. NOVATEK is a public joint stock company established under the laws of the Russian Federation. The Company’s shares are listed in Russia on Moscow Exchange (MOEX) and the London Stock Exchange (LSE) under the ticker symbol “NVTK”. 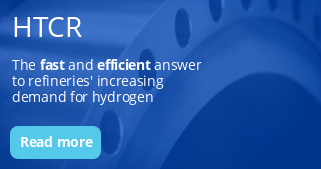