Bestgrand Chemical Group has announced the successful start-up of its wet gas sulfuric acid (WSA) plant – the world’s largest with a production capacity of 300,000 tons of sulfuric acid per year. The plant will treat 131,000 tons of acid gas over-the-fence per year from the neighboring world-scale refinery plant operated by a joint venture between CNOOC (China National Offshore Oil Corporation) and Shell in Huizhou City, China. 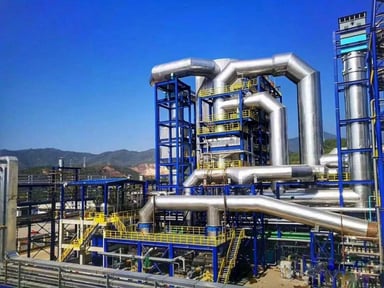 Bestgrand Chemical Group has focused on the environmental benefits from using WSA to capture gaseous sulfur and convert it into commercial grade sulfuric acid. It has also been a deciding factor that both the energy efficiency and the heat recovery of the process are very high. The company predicts to reduce carbon dioxide emissions by 220,000 tons every year and to reduce sulfur (SO2) emissions to a level 50% lower than what is required of the sulfuric acid industry.

"Haldor Topsoe is proud to be awarded the license, engineering design, tech service, and hardware & catalyst contract for the world’s largest WSA plant by Bestgrand Chemical Group. The successful start-up is a milestone for the WSA technology both in China and globally, and it proves that this technology has an important role to play in reducing harmful sulfur emissions in a commercially sound way," says Frank Lei, Senior Sales Director, Topsoe in China.

Since 2000, Topsoe has sold 68 WSA plants in China, 54 are already on stream, and 14 plants are being constructed.

WSA is a patented Topsoe technology, including proprietary equipment and performance catalysts, that removes sulfur from off-gas streams in the refining industry, chemical production from coal, and steel production. WSA converts the sulfurous gases into concentrated sulfuric acid which is re-used in production or sold as a commercial product.

Haldor Topsoe increases prices for sulfuric acid catalysts with 0.40 euro per liter. The increase is driven by a substantial increase in the price of vanadium, which is a...