The cathode material for next-generation lithium ion batteries is ready 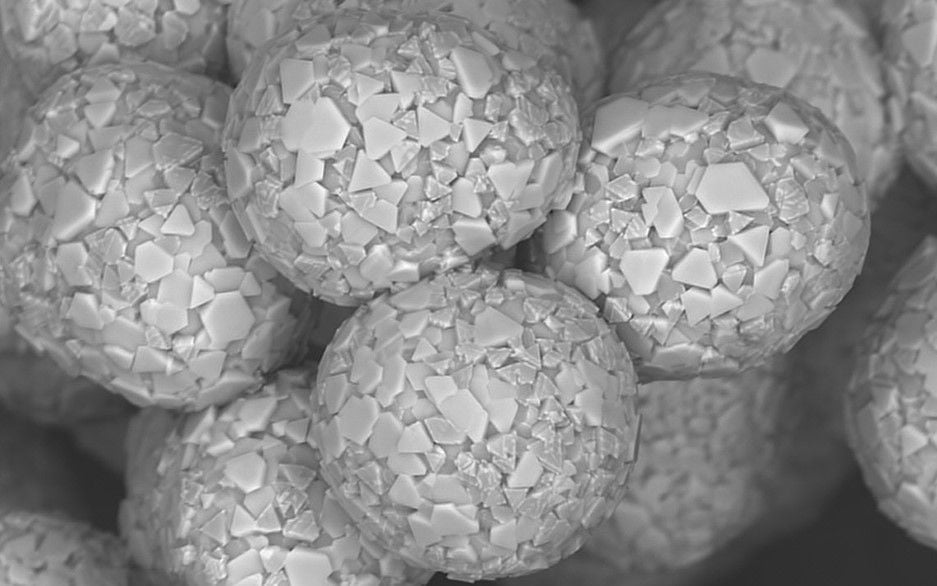 LNMO cathode based battery cells deliver results on par with other high-performance lithium based batteries, but at a considerably lower cost.

Haldor Topsoe has invested significantly in developing a world-class LNMO cathode material, and we believe that LNMO has great potential as a cathode material in next-generation lithium ion batteries that will power the electric vehicles and cordless devices of the future.

So why are LNMO-based batteries not setting new standards for battery performance right now? One of the stumbling blocks is the lack of an electrolyte that can handle the stresses of an LNMO-based battery. Nobody has truly realized the benefits of LNMO cathodes yet because the high voltage it operates at degrades today’s electrolytes and renders the battery useless over time.

However, electrolyte manufacturers are getting very promising results from ongoing research & development that will, at some point, result in electrolytes that will function well in a LNMO battery cell. And when that happens, we are ready with a world-class cathode material that makes optimal use of the benefits associated with LNMO.

The unique performance characteristics of LNMO
LNMO is a high-energy and high-power cathode material for use alongside next-generation high-nickel NCA and NMC materials. In addition to the advantages of being cost-effective, cobalt-free and low in nickel, LNMO provides unique performance characteristics due to its three-dimensional spinel structure and electro-chemistry.

High discharge rates
The three-dimensional structure of the LNMO spinel improves the flow of lithium ions in the cathode. This is a key enabler for high battery discharge rates, where ions flow from the anode to the cathode, and also enables fast charging, where ions flow in the opposite direction. This means there is more energy available in a LNMO battery when discharging at high rates, because the LNMO cathode accepts ions more efficiently.

The unique ability of LNMO to maintain a high capacity at high discharge rates is particularly beneficial for applications where there is only limited space available and/or limitations on weight – as in Plug-in Hybrid Electric Vehicles (PHEVs). The batteries used in most current PHEVs produce around 8–12 kWh, sufficient for 30–50 km of driving when operated in full electric mode. Compared to a Battery Electric Vehicle (BEV), the PHEV has a battery that is 5–8 times smaller – but owners still expect a BEV-like driving experience, which means discharging of the PHEV battery has to take place at a much higher rate than with a BEV battery. In both PHEVs and BEVs, limitations on the discharge rate are therefore a limitation on vehicle performance.

High voltage
The voltage of a battery cell is determined electrochemically by the combination of a high-potential cathode and a low-potential anode. The LNMO cathode provides one of the highest potentials available for current lithium-ion battery cathode materials, resulting in a battery cell with a nominal voltage of 4.7V compared with 3.7V for other cathode types – an increase of roughly 25%.

This unique characteristic makes it possible to simplify the battery package in which battery cells are connected in series to reach a given voltage. Returning to the PHEV example, you would need 25% fewer cells to reach the same voltage. And using fewer battery cells means fewer non-active materials and a battery package with less complexity, resulting in a simpler vehicle battery at lower cost.

In other applications, the high operating voltage can be transferred directly into increased productivity. The power that a battery in an electric power tool – for example – is able to deliver results from the operating voltage multiplied by the electric current, also expressed as Watt = Volt x Ampere. Using a 4.7V LNMO battery instead of a 3.7V battery for such a power tool results in 25% more power when working at the same current. With power defined as the rate at which work is done, you have now increased the productivity of the power tool significantly. 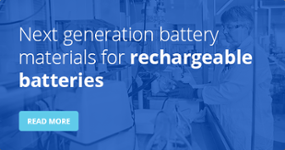 The world’s first sodium-ion powered vehicle, an e-bike, has been successfully demonstrated by the British battery technology company Faradion in collaboration with Williams...
2 min read