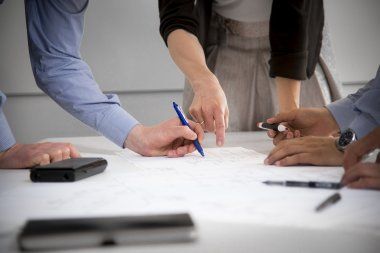 Topsoe delivered strong results in 2016 in spite of difficult market conditions in many important markets. Revenue and especially EBIT grew thanks to several initiatives implemented in 2015, including a special focus on increasing revenue from technology sales and reducing the Group’s cost base. Technology revenue increased, whereas catalyst revenue decreased; the latter impacted by lower raw material prices that was reflected in lower prices on catalysts.

“Our customers have experienced a challenging year. Important markets such as China, Russia and Brazil have experienced slower economic growth or even recession. Low oil prices have had a significant negative impact on some of our customers, and political turmoil has impacted certain geographies. Despite the difficult market conditions, we managed to maintain our market shares and continue our growth in 2016, so our board is very satisfied with the results,” says Bjerne S. Clausen, CEO, Topsoe.

All Topsoe customers must adapt to changing conditions at an ever-increasing pace, and continual change is also required from Topsoe in order to stay competitive.
Topsoe’s increased focus on customers’ need to get more value from existing plants, proved its value in 2016. Even though many markets continued to exhibit a downward trend in the number of new plants built, Topsoe was able to increase technology sales to customers who chose to revamp or optimize their plants. This is expected to lead to considerable related catalyst sales in the coming years.

Topsoe brought value-adding new products and services to the market in 2016. During the year Topsoe made the first sales of innovative new technologies such as TopFrax™ catalytic filters, eCOs modular CO production units, and Topsoe Furnace Manager.

Another highlight was the formation of the business unit Sustainables that will increase Topsoe’s focus on developing sustainable technologies for the future. Topsoe also opened new automotive catalysts production facilities in Brazil and China.

Topsoe’s focus on safety reduced the number of lost time accidents in 2016 significantly.

Topsoe’s strategic change process will continue in 2017 with the customers’ needs at the center of attention.

There are no indications that global political instability will become less in 2017. This situation will most likely continue to challenge Topsoe’s customers in many markets. In the coming year, Topsoe will continue to offer value-adding solutions, for instance to improve energy efficiency and throughput of production facilities.

Topsoe expects 2017 revenue to be in line with or slightly above 2016 revenue and that 2017 profitability (EBIT margin) will be lower compared to 2016, mainly because of the onetime impact of restarted contracts in 2016.

The half-yearly report will be published on August 15, 2017.

The ratios have been prepared in accordance with the recommendations and guidelines issued by the Danish Society of Financial Analysts.

Increased profitability in first half of 2016